Nothing makes your home have that “Fresh” new look like a good concrete power wash. Wash away all the years of dirt, grime, mildew, and algae with our professional concrete pressure washing services. Restore your exterior back to its natural beauty. Like our house washing, we use a low-pressure washing, “Soft Wash”, solution to deck cleaning as well. High Pressure can cause damage to any type deck so we use our low-pressure SoftWash to remove all of the algae, bacteria, mildew, mold, and grime from your deck so you can enjoy the spring and summer time on your beautifully cleaned deck. No matter what exterior surface you need pressure washed, call us today to restore them to their original beauty! 732-217-7299 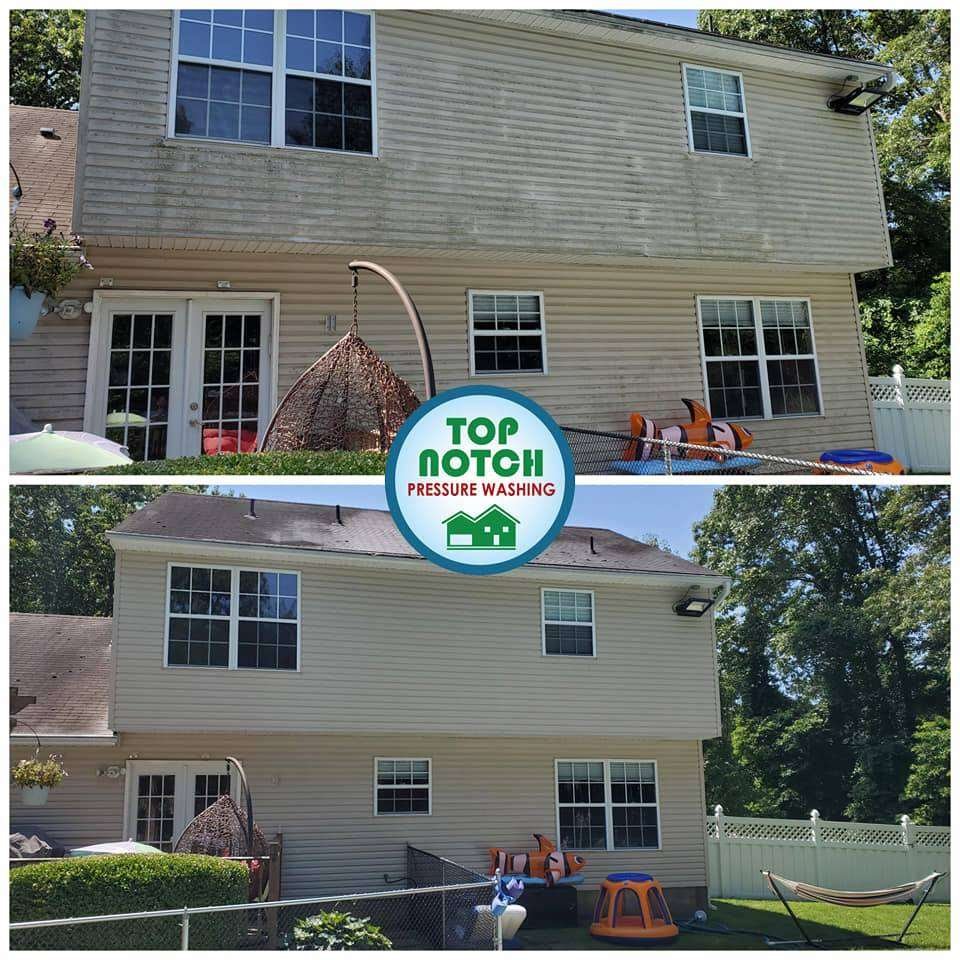 Soft Washing is a low-pressure washing solution to washing your home as opposed to a high-pressure power wash. Power washing using high pressure on your home can leave irreversible damage costing 1000’s to repair. The Soft Wash solution takes the pressure out of power washing using low pressure to clean your home. Soft Washing consists of our professional crew applying our professional-grade soaps and detergents that do the work for us to fully kill all of the green algae, mold, mildew, pollen, and bacteria that builds up naturally on your home. After a few minutes of our soaps and detergents doing their job, we will wash everything away with a little more pressure than a garden hose as to not cause damage your home and bring back its natural beauty. Soft Washing is not only safe for your home but is also safe on all landscaping with proper care. 732-217-7299

Information about PLUMSTED, NJ PRESSURE WASHING can be found here. Things To Do in Plumsted, NJ